The #1 Secret Astronauts, Samurai, Navy SEALs, and Psychopaths Can Teach You About Good Decision Making | TIME

This is from Eric Barker, who does the fantastic Barking Up the Wrong Tree blog. There are a lot of excellent tips here for improving performance.

The most important tip? Arousal control through mental preparation:

This is why Musashi and most martial arts practitioners focus on mental training as much as on physical training. Both are equally important — and require equally vigorous exercise and practice.

Another good one? Monitor your breathing:

The #1 Secret Astronauts, Samurai, Navy SEALs, and Psychopaths Can Teach You About Good Decision Making | TIME. 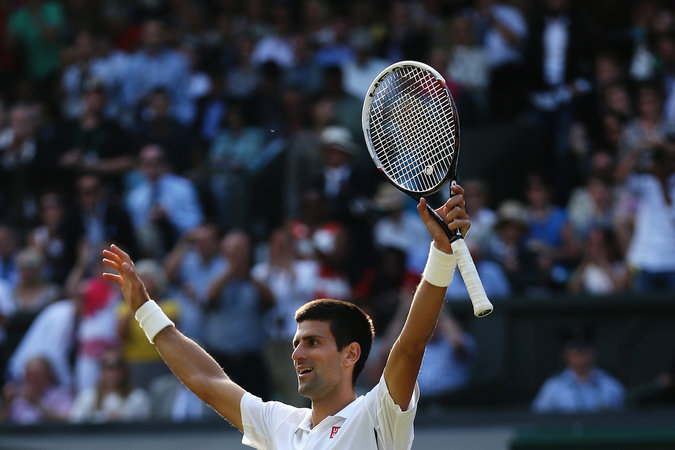 I went the restroom after dropping the fourth set and I had a chat to myself–I was loud to myself, saying ‘believe in yourself.’ You know, it’s not a cliche, it really works, even when you don’t feel it, to say at times some positive things to yourself–that’s exactly when you should do it.

Stress is good–we love it!

Finally, a researcher profile I have wanted to write for a while. Stanford scientist Firdaus Dhabhar has shown that short term burst of stress are actually good for us. Which is why we are programmed to love stress and embrace it. It helps us survive. It makes us feel alive and engaged. Like food, it’s essential to life. As Hans Selye said: “Stress is life and life is stress.” But also like food, it can be unhealthful if overdone. Chronic, unending stress, especially the kind over which we feel we have little or no control, is definitely harmful. So that’s what we want to combat, not stress in general. Once we have a more sophisticated discussion about stress, we will be a lot healthier, happier and more successful.

Self-Talk Increases Success If You Use This One Trick

Self-talk is a primary strategy for improving performance–in effect you are coaching yourself. This blogger talks about a study that reveals a trick to make self-talk even more effective. Instead of saying, “I’m going to do this better than I ever have,” try putting it in the second or third person–”he’s going to do this better than he ever has.” My theory is that self talk in general gets you outside of yourself, and phrasing it in the second or third person puts you even more outside yourself.

Self-Talk Increases Success If You Use This One Trick | Psychology Today.

Be lucky – it’s an easy skill to learn

This article is a decade old but gets to the mechanisms behind a lot of successful brain hacking and life hacking. It can be thought of as the secret behind “The Secret.” In effect, people can create the reality they most want by just being open to that reality. Opportunities to get what we want are bombarding us all the time, but mostly we are blind to them. Some people, however, keep enough of their mind open to them that they perceive them and end up feeling lucky all the time. Powerful stuff. One wonderful experiment is described in the article:

via Be lucky – its an easy skill to learn – Telegraph.

Exercise is naturally fun and playful. That’s the result of this interesting study. Build a running wheel in the wild and mice will come to play.

A short tip for fighting procrastination: just breathe. Inhale and count “one.” Exhale and count “two.” Continue to ten. This gets to the fact that so much of procrastination is an effort to escape from anxiety or bad feelings surrounding a performance task. Stopping to breathe slowly, be present, and allow the body arousal and “fight or flight” response to subside can give you enough calmness to get moving on the task.

Three Strategies to Get and Stay Inspired

This is a good set of rules for performing any activity: act, start small, work with others. These are three very important principles because, as the author says, inspiration doesn’t strike very often and not very reliably.

The first is basically MOVE! Just Do It! “Action this day,” as Winston Churchill used to say. Because it is too easy to sit and think about something forever. That sort of perseveration can lead to brooding and spiraling downward. Act! Now! It’s almost always better to do something than nothing. If what you do doesn’t work, do something else.

“Start small” is the second strategy, and it goes well with the first. The task seems overwhelming? How to get yourself to ACT? Do something really simple and quick. And then do another thing. Want to run a marathon, but you never run? Start by jogging around the block. And then do it again tomorrow. An important part of this rule is to give yourself a high five for your small act. Don’t allow yourself to denigrate your effort as meaning so little compared to the big goal. “The journey of a thousand miles starts with a single step.” Feeling good about that first step will give you the fuel to take a second, then a third, and onward.

“Work with others” uses the power of social pressure and our desire to be in accord with others. Introverts may not take to this rule as well as extraverts, but there is another way to phrase this that works for everyone: be part of something that is bigger than yourself. If you want extra motivation to run a marathon, sign up for charity runs and get people to donate something small for every mile. If you want to stop smoking, think about how this will help your children or your parents. And then, if you are so inclined, make a pact with someone else to stop smoking together.

Apply these three rules today–act, start small, and be part of something bigger than yourself–and I guarantee you will see a change in your life.

Three Strategies to Get and Stay Inspired | Psychology Today.

There is a story about the actor Sir Laurence Olivier that speaks to improving performance. Olivier, one of the greatest stage performers of all time, had invited a friend to watch him on an evening that turned out to be one of the greatest performances of Olivier’s life. The audience was enraptured, and when the play ended, thunderous applause broke out. As soon as he could, the friend rushed backstage to find Oliver and congratulate him. He was shocked to find Olivier in tears.

“Why are you crying? That was the best performance you’ve ever had!” he said.

Every one of us had the experience of doing something when we found ourselves “in the zone,” doing everything right, making the right moves, saying the right things, all seemingly without intense effort. The problem is that this experience often feels accidental. It happens, but we don’t know why it happens. We don’t know how to make it happen again.

Most of the time, when people perform they do some things well and some things poorly. It is essential, after each practice and performance, to go over the things that went well and the things that did not and look at the reasons why things went the way they did. Gather data. Increase your understanding of what works and what doesn’t. Eventually, you will be able to not only perform at an elite level, but know why you did and be able to repeat it at will.

Performance tips from Sesame Street: you have to put down the ducky

Often when we have a goal we hold ourselves back from achieving it because pushing for change is scary. We may strive for a goal half-heartedly because we don’t want to let go of what makes us feel comfortable, not realizing that gets in the way of achieving the new goal. As Ernie learns, you have to “put down the ducky”–be willing to let go of your security blanket, to learn to be OK with feeling anxious or uncomfortable–if you want to learn the saxophone or achieve any other goal.